How I am using two Internet connections simultaneously. Part 3.

Third part, where I get two ADSL lines and do the final bond 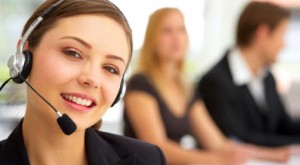 By the time I’ve got my working prototype I already knew that my current provider will do nothing to improve the situation. Even worse, they’ve offered to see what happens if they lower the downlink to 8Mpbs which I’ve said is only possible if the uplink remains the same. See, the connections are configured in profiles as I know, and I really doubted a call center technician is allowed to configure down and up links separately. I was assured that my uplink will remain 1Mbps. Overnight the change happened and I was not surprised to see my uplink dropped to 640Kbps. I’ve called back to hear that the reverse change is impossible. I was said to stop yelling and when I didn’t they hung up. I’ve tried again and again. The third guy put me on hold and after 15 minutes of silence he told me that he has the authorization and is changing it back. It never changed back but I was already pissed off enough and decided to change the provider. Now I knew that the problem was with the line so instead of starting all over again with another call center I’ve ordered a new line. The reasoning was simple, it was 50% cheaper than the old one and I could cancel it in the first 10 days if I wasn’t satisfied.

In a week the line was here and I was connected to two different providers. Ditching the HSDPA for another modem I’ve got 8Mbps downlink and 1Mbps uplink over my bond, just as it should be because of the old line being slower than the new one. Encouraged by the result I’ve canceled the old contract and ordered a third line from the same new provider. 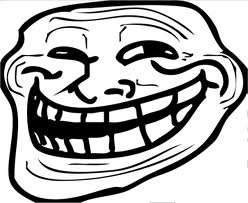 In yet another week I’ve got the phone ringing with Telecom Italia technician on the other end asking me if I am at home so he can come to install the line. Then he asked if I knew that there are two lines connected, I’ve said yes. Then he asked if I need the third. I’ve said yes. Then he was silent for a minute and said OK. Can’t say if he was thinking I am crazy or trolling but the line was there. Pity the oldest line was already disconnected so I couldn’t test the three lines set up, but when I’ve seen that I have the lines perfectly aligned at 10/1 Mbps I was happy enough with what I had anyway.

I’ve repassed over the configuration and here is the final setup as it is now: 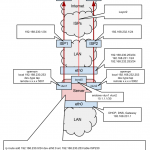 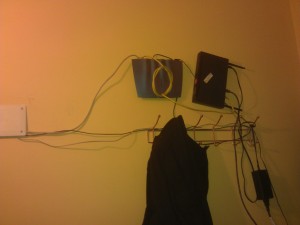 Everything was working good at this point. the new lines did drop the connection occasionally but uptimes were much better getting to a week of no drops sometimes. And when one line dropped my sessions were slowed down until it reconnected due to loss of one of the tunnels. But it came back later and continued as nothing happened. Even rebooting both routers simultaneously didn’t drop the connections. And I could stop at that but then the greedy and curious parts of me forced me to search for the improvement.

I was wondering how to squeeze more bandwidth from the coupled lines to reach the double of their original throughput. I was getting a 8-9Mbps down on each of them and only 12-13Mbps over the bond.

Which is already good but not good enough. I returned to google to discover a better alternative and found something really interesting.