What is inside the Telecoms Package?

Excuse my skepticism, but whenever there is a “market regulation” law popping out in a parliament, I always start from finding who benefits from it. And usually there is  always an industry or corporation behind it which is lobbying for the new law. I don’t think it has to do something with global conspiracy but rather an obvious and logical thing.

Anyway, what is there in Telecoms Package? who is going to benefit?

Officially, there are two industries  benefiting from it, the Entertainment industry that pushes the so called “3-strikes”or in plain words, for the ISP could disconnect you from Internet after you have been “caught” downloading accessing copyrighted materials. Think this, you go to youtube to see some funny stuff, find a link to some video, click on it and watch. That’s a copyrighted video someone has copied from TV and uploaded to youtube. You can get the first strike. Do that again and again. Boom, you are outlaw and can’t read e-mail. And don’t think this example is far from reality, youtube is constantly removing content uploaded by users AFTER they receive copyright notifications from owners. Obviously it is more complicated with peer-to-peer networks where downloading “unintentionally” is more complicated but trust my words, still possible.

The other party here are telcos. These are struggling to survive now with bandwidth demand from end-users and low prices trends on the market. Just to let you know, that peer-to-peer traffic together with on-line videos makes more than a half of total data passing through a public ISP pipes. And it’s growing. Someone always has to pay for traffic, it never comes “Gratis”. Think this, your home ADSL connection in Italy that brings you about ~10Mbps/512Kbps of speed can theoretically bring you 3,240,000 MByte of data within a month. This number, 3TB, is like having 130 Blueray (HDTV movies) discs downloaded. It’s a lot. Now, check this, Amazon Elastic Cloud services calculator estimates this traffic as $1,134.000 ( AFAIK doubles the price oh a typical Tier1) if you transfer it within one month. How much did you pay for your ADSL? 30 Euros? Obviously nobody uses their home ADSL to download hundreds of HDTV movies. But rest assured, with current trends: 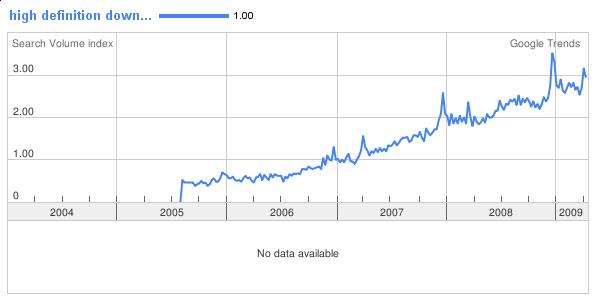 it is closer than you may think and your ISP will not have the margin he has today.

The above is only a part of problems ISPs experience, if you are interested in more practical examples then look at Mobile Internet providers who are more sensitive to these problems and already sell “Packages” to access specific resources on Internet.

Not to mention VoIP that literally steals money from telcos.

So what a telco gets from Telecoms Package?

A legal possibility to sell you access to Internet content. Specific Content of specific type. Then they can control better the pricing and business models. Great.

Now then, what we, consumers, users, clients, citizens will get in return? I’ll tell you that, but first, why I am telling that?

I was there in Israel when broadband came in, in fact, I was in “beta testers” group of Israeli Bezeq ADSL service.And I was working for an ISP, and I was asked to block traffic, to minimize the international bandwidth utilization by users. A lot of tricks to pay less to providers and get more from customers. Proxy servers, firewalls, taps, capacity limiters … All kind of stuff. Nothing really worked. It worked for sometime but not enough for the business to be affected.

A few month ago, Italy joined child pornography war and that also fails…

You see, you can’t fight it, whenever some approach pops out, almost instantly  people find a work around.

So ok, says telco, then I will not look for how to block, I will block all and will go up opening what I want clients to use. It ain’t going to work too.

If you feel fine with accessing only web pages and say it is all you need. After all, your Internet may be Google or Facebook and myspace…. Great. But will you want to chat sometimes? google talk is not going to work for you. Will you want to watch some videos on-line? like news? it’s not going to work ALWAYS. And you what? it is really disturbing when you know there is something there you can’t get when you know you should…

So what you get is hours spent on the phone with their support to redefine what is included in the package…. I am a voice from inside and I know how the implementation of marketing department ideas goes.

Now then, connect all of this to the Internet censorship  talks, when politicians say that “Internet is like a big newspaper distributed through pipes” and it has to be controlled, licensed and approved. And you’ll see, that this kind of “collaboration” between lawmakers and corporations gives some people the power to control what you see. Literally.

I do feel frustrated and impressed and lost… This is something that should not happen. Ever.